Ferth Vandensteen Manaysay is the Deputy Manager and Programs Lead of the Philippine branch of former U.S. Vice President Al Gore's The Climate Reality Project, where he has been working with more than 1, 800 Filipino Climate Reality Leaders to develop strategic communications and grassroots strategies to educate government and private sector leaders and the public about the urgency and solvability of the climate crisis. He is concurrently serving as Vice Chairperson and Representative of Young People from Disaster-Stricken Sector at the United Nations Youth Advisory Board. Prior to his current roles, he was the Project and Partnerships Manager of Yayasan Peta Bencana (Disaster Map Foundation), a Southeast Asia-based non-profit organization, where he was responsible for co-supervising the development and replication of social media-powered and crowd-sourced infrastructures for community-based disaster risk reduction and climate adaptation from Indonesia to the Philippines with support from the Philippine Office of the Civil Defense, U.S. Agency for International Development, and Pacific Disaster Center. Ferth has been recently named to the inaugural cohort of the McCain Institute's Global Leaders Program. He was also an Academic Fellow for the Global Environmental Issues and Natural Resource Management Program of the East-West Center as part of the U.S. State Department's Young Southeast Asian Leaders Initiative. He has worked with various academic and non-profit organizations such as the Asia Foundation, Humanitarian Open Street Map Team, and Ateneo School of Government. He holds a Master of Arts degree in International Relations from Waseda University under the Future Leaders Program for Regional Governance and Cooperation in Asia. 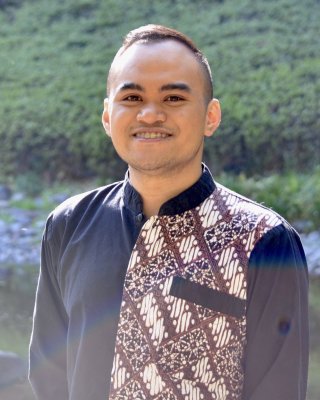