Disasters such as these 'are a feature of the Australian climate and landscape' and continue to pose economic, social and environmental challenges to the nation. Two factors that are believed to enhance the risk of natural disasters are climate change and urbanisation. Responses to the potential threat posed by severe weather events have focussed on their impact on the natural environment. However, as identified in the Garnaut Climate Change Review, cultural values, including Cultural Built Heritage (CBH), are also likely to be affected by the increased risk.

The threat that such events pose to CBH is generally limited to individual sites and landscapes. Because of the localised nature of CBH, risk of damage to, or loss of, non-renewable CBH resources may be mitigated through early identification of potential impact and targeted strategies for adaptation and conservation.

Jamie's most recent research has focused on the way in which risk of climate change impacts can be assessed to better protect our cultural heritage. This has resulted in the development of a Cultural Heritage Risk Index (CHRI) that allows stakeholders involved in the management, protection and conservation of cultural heritage to assess risk and plan and manage interventions to mitigate against any potential impacts. The results of this are being published in a forthcoming journal paper.

Jamie's broader interest in "old buildings' stems from his eight years teaching in a University and living in Sri Lanka, while his teaching and research work on disasters arises from his work during the Asian Tsunami in Sri Lanka sponsored by the University of Newcastle in 2005.

Jamie is a co-leader of the School of Architecture and Built Environment's Disaster Research Group and a member of the that group's DFAT funded Resilience Education Australia-China-Taipei (REACT) Network and the Australia-ASEAN network led by colleague Dr. Jason von Meding. He is also organisor and Chair for the 5th International Building Resilience Conference to be held at the University of Newcastle in July 2015.

Jamie is the Assistant Dean (International) in the Faculty of Engineering and Built Environment. 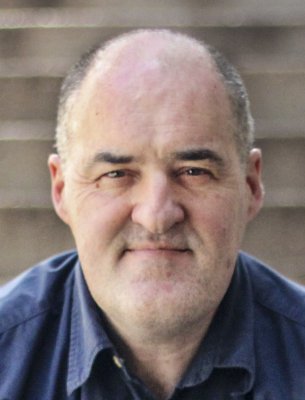